We are devastated to share the news that Ernie Wall has passed away aged 95.

Simply a lovely man, great friend and one who never seemed upset by anything or anyone. He is one the term legend barely does justice to, having given so much to our club and world hockey.

His achievements where great, and his character even greater. He will be sorely missed, but fondly remembered.

First member inducted into the Inverleith Hall of Fame.

Ernie joined Inverleith in September 1949 and would soon be playing alongside Veitch senior (my dad), both of them were part of the first Inverleith tour party to Aberdeen in 1950. Press cuttings at the time had Ernie as a regular 1st X1 player through the 1950s. There’s an excellent team photograph from 1958 when Inverleith beat arch rivals Edinburgh Northern (now Grange) 5-1 with Ernie scoring a hat-trick.

Ernie was elected Inverleith’s match secretary in 1954, a post he held for 4 years. Around this time the Inverleith Bulletin appeared (the Club Newsletter of its day) and a very large production it was containing match reports and many miscellaneous stories. Ernie was a large contributor appearing under several names – Ernest the Reporter / the Researcher / the Compiler / the Historian. Ernie was clearly a collector of hockey memorabilia from a very early age keeping scrapbooks, taking photographs and retaining anything hockey however trivial it seemed at the time. Fortunately all his Inverleith archive survives (passed over to me some years ago).

Ernie was a Civil Servant and in the late 1950s there was a need for more hockey clubs in Edinburgh. He along with other Inverleith playing civil servants formed the Edinburgh Civil Service HC in September 1958 (now Edinburgh HC). Ernie remained as a player with Inverleith until September 1961 (noted in scrapbook as his last official game for Inverleith) and then joined Edinburgh Civil Service completing his playing career in 1964. His notes say end of ‘senior’ playing career and played his final game in 1970 which assumes must be Veteran matches. After his playing career ended he immediately turned to umpiring and within a few years was at International level.

Ernie’s administration skills were clearly spotted early on, being elected as the Scottish Hockey Match Secretary in 1959, a post he held until 1965. Many more posts in Scottish Hockey and beyond were to follow.

One of the most interesting tasks Ernie had was his appointment to the Hockey Rules Board in 1968, a post he held for some 30 years. If we let our imagination run a bit and think of Ernie in his Bruntsfield home at the time wondering when we should reduce the offside from 3 to 2 players, then no off-side, change the roll-in to a hit-in or dispense with the bully-off – incredible really to think Ernie had such influence on our sport.

In 1967 Ernie wrote the history of Inverleith Hockey Club to mark their 50th anniversary and much of it wouldn’t have been possible without those meticulous records kept by him.

I was one of several Inverleith members who were fortunate to work alongside Ernie in 1980s as part of Organising Committees for International Indoor Hockey Tournaments at Meadowbank. You quickly spotted his professionalism in such matters ensuring there were ‘no stones unturned’ and all eventualities were considered.

Ernie in spite of many hockey commitments to the highest levels of the game, remained committed to the grass roots club game. Many of us remember Ernie umpiring our 1st X1 matches and latterly stepping down to the lower levels. He thought no differently to umpire the 1st X1 one week and the Juniors the next. He took tremendous pride in helping others enjoy hockey. Whether it be Meadowbank for indoor hockey on a Tuesday night or umpiring the B X1 at the weekend at those outposts of Castlebrae or Wester Hailes, he would there to help the Club. Ernie’s real love, enthusiasm for & knowledge of the game translated into his umpiring which was second to none.

Ernie moved to Peebles to enjoy his retirement (from work anyway). It didn’t stop him umpiring. Even in the summer he would happily umpire mixed games at Frogston – “When we first started the mixed hockey office team, most of us couldn’t hold a stick the right way round but Ernie would turn out to umpire our games every week. It must have been excruciating for him, but he happily continued to suffer us for many years. Just another example of his dedication to all levels of the game.”

Mixed hockey provided one of those great stories when he was umpiring one of the players took exception to Ernie’s decisions and asked if he had ever read the rules. Ernie simply replied “that he wrote them!”

The proper definition of a club man as some have commented and another who said “It always amazed me how a guy from Scotland in his day had such a huge hold over International hockey. This proved what an incredible human being he was.”

He retired from umpiring in the early 90s choosing the Centenary of the Loretto v Fettes match as his final fixture along with our own Ian McLeod. His last appearance for Inverleith was around the same time – I played in that game. Ernie just quietly saying to me before the game it would be last time he would umpire for Inverleith. I was privileged to be there.

Ernie was the first member to be inducted into the Inverleith Hockey Club Hall of Fame in 2017.

What a contribution to hockey, a true legend of the game and one who touched all our lives in such a nice way.

Ernie was also of that age to be a war veteran. He joined the RAF in the 1940s and was soon flying with the South African Air Force. This link is a fascinating read (thanks to Martyn Rendle and Ian Jackson for reminding me of his hockey war service and to Ian for this link.  https://www.aircrew-saltire.org/lib010.html 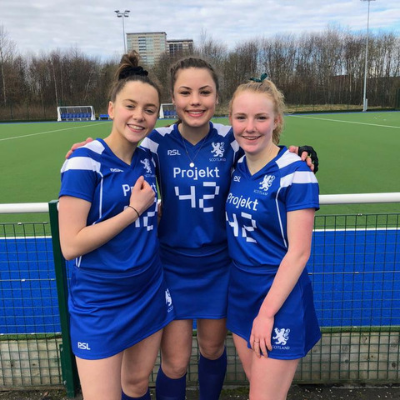 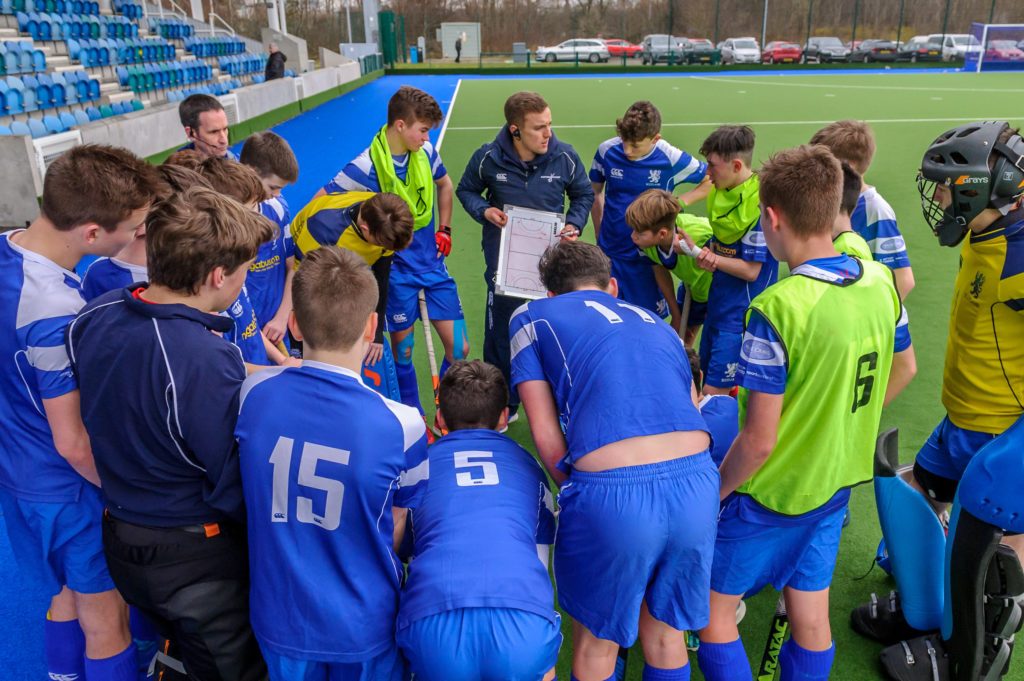